Getting to Know Navy: A History of Artistic Blues 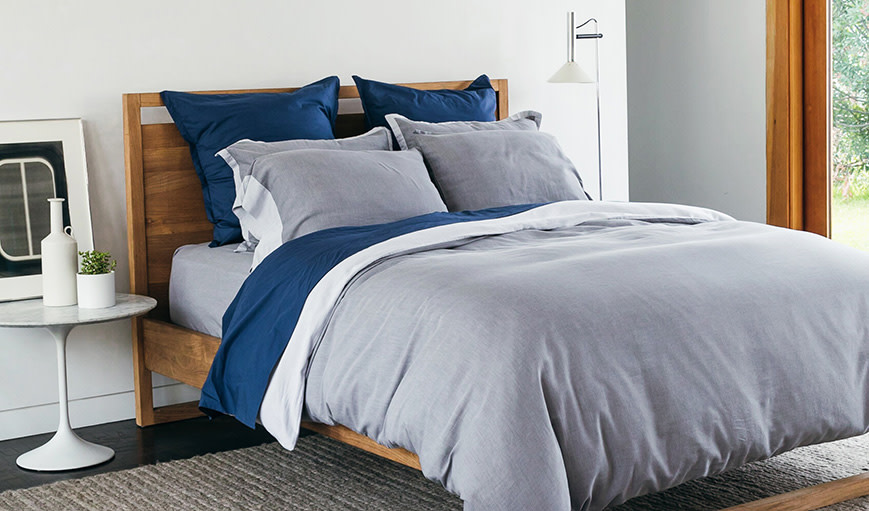 Navy is a bit of a chameleon. It can be sophisticated and serene or dark and dramatic. It plays well with other colors, whether mixed with neutrals and earth tones or accented with an electric pop of pink. Navy conjures images of crisp nautical uniforms…and broken-in jeans. It can feel preppy and traditional or sexy and modern.

Navy blue – originally dubbed “marine blue” – burst on the scene in the 19th century after being adopted by the British Royal Navy for its officers’ kits, but blue’s been big for much longer than that. It seems only natural that the color of the sea and sky is a source of wonder and endless fascination for mankind. And it’s no surprise that blue has also been a significant color in art, with the blues showing up everywhere from ancient Mayan temples to Ming dynasty vases.

For centuries of artists, color was not just an aesthetic choice, but also a cost issue. Precious cobalt and lapis lazuli-based ultramarine pigments were astronomically expensive. Blue remained an elite pigment, reserved for sacred subjects like the Virgin Mary. In 1704, Prussian blue was accidentally created by a Berlin color maker. The synthetic was just a tenth of the price of ultramarine — a win for starving artists everywhere. It was employed extensively by European painters and quickly made its way around the world. Japanese artist Katsushika Hokusai’s woodblocks prominently feature ultramarine’s vibrancy qualities.

“I am crazy about these two colors, cobalt and carmine,” Vincent Van Gogh wrote in a letter to his brother. “Cobalt is such a divine color, and there is nothing so beautiful for putting atmosphere around things.” An astute observer of light, Van Gogh’s use of color is nearly as distinctive as his gestural technique. An Impressionist approach to contrasting colors captures not only the complexity of the light, but also the mood of each scene. His still lifes, landscapes, famous Iris paintings – and even his self portraits – all juxtapose blue to dramatic effect.

Pablo Picasso’s Blue Period is certainly the most famous artistic obsession with the color. His somber portraits of prisoners, prostitutes and vagrants coincided with a descent into deep melancholy. He found much difficulty selling his depictions of those living on the fringe of society (though today they are some of his most popular works). Tinted with an ominous cobalt light, paintings from this period are largely figurative, demonstrating the Cubist’s classical training and breadth of his technical finesse.

Yves Klein sought to recreate the luster of raw ultramarine when he partnered with Parisian chemical manufacturer Edouard Adam in the 1950s. The two developed a polymer binder that would preserve the incandescent nature of the highly volatile natural pigment. The result was Klein International Blue, which offered unprecedented intensity and a rich, velvety texture. At the time of his death in 1962, Klein had painted close to 200 monochromes using his signature hue and had also used it to cover sculptural objects, stating that “In the future, people will start painting in a single color and nothing else but color.”