The Truth About Thread Count (It’s Not Important) 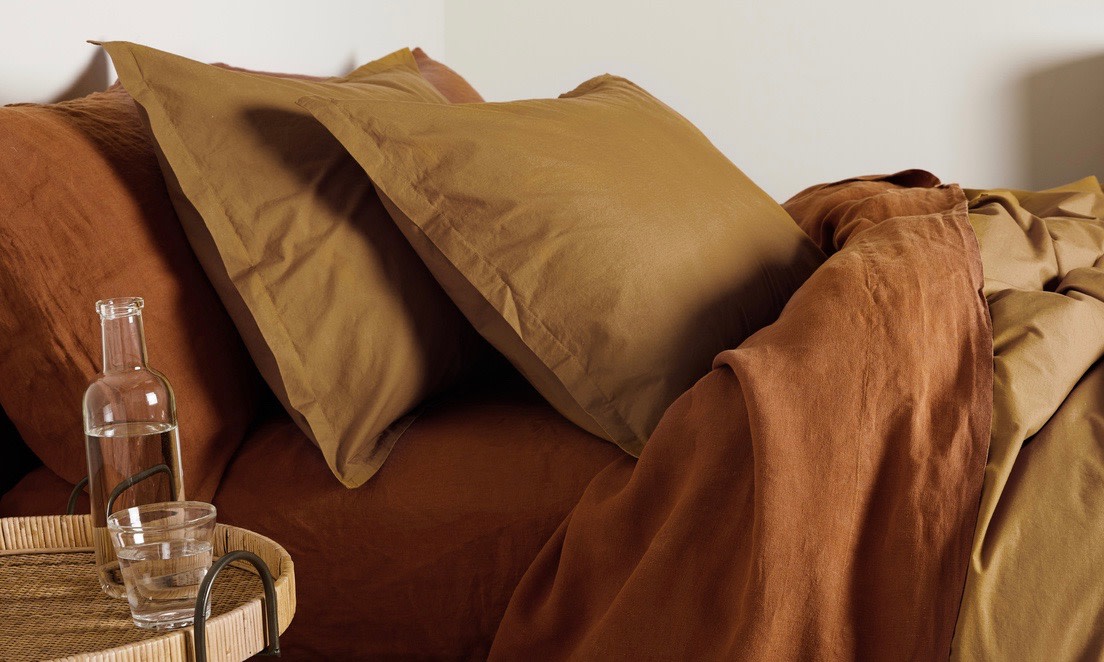 You know how bigger it isn’t always better? That goes for thread count, too. Manufacturers have gotten into a game of one-upmanship for the highest thread count. What started out with a few hundred has ballooned into 1000 thread count sheets and beyond.

Conventional wisdom dictates that when shopping for bedding, the higher the thread count, the nicer the sheet. We’ve been trained to equate large numbers with luxury and have mostly accepted this as fact — after all, we need some way to measure quality. But float this logic by any textile expert, and you’re bound to get a skeptically raised eyebrow because this assumption is wrong. As linen expert Julian Tomchin told The New York Times, “once you get beyond 400 threads per square inch, be suspicious.”

So why does thread count matter at all? We’ll explain — plus show what to look for besides thread count when you’re shopping for high-quality sheets.

What Does Thread Count Mean for Sheets?

By definition, thread count is simple: It's the number of threads woven into one square inch of fabric — add the vertical ones (technically, the “warp”) to the horizontal ones (the “filling”). But in reality, it’s not nearly that straightforward. Think about it: Only so many pieces of thread can fit into a specific space. With bedding, the number for a good thread count maxes out around 400.

That means if you see sheet sets touting the now ubiquitous 600, 800 or 1000 thread count or more, the manufacturer has had to employ some creative counting to reach that number.

One of the most common ways to do this is to factor in a fabric’s ply. A note about fabric construction: Each thread in a piece of fabric is made up of single strands twisted together. This is called ply. When two strands are twisted together, it’s two-ply fabric; with three strands, it’s three-ply; and so on.

The very idea of thread count is a new construct. The first 1,000-plus thread count sheets hit the shelves in the early 2000s as a way for manufacturers to differentiate themselves from the competition. These sheets used very fine cotton, which resulted in a higher-ply — and higher thread count — material. The competition followed suit, even though labeling thread count prior to this was virtually unheard of. There’s actually no FTC mandate on how to determine thread count, just a voluntary standard that only threads are counted, regardless of ply.

But besides being deceptive, inflating thread count is just silly. All leading authorities have determined that thread count alone is not an indicator of quality. As Consumer Reports states, “Our latest tests again confirmed that higher thread count doesn’t guarantee better sheets.” Some of these practices are actually a detriment to quality, resulting in heavy sheets that don’t breathe well or feel stiff and uncomfortable.

What to Look for When Buying Bedding

Thread count is but one feature of bedding, and it doesn’t indicate the fiber content or the finish — two attributes that can greatly affect the quality and comfort level.

One characteristic that matters more than thread count is the thread content. A 400 thread count sheet made of high-quality fibers can feel softer and last longer than higher thread count sheets made with lower quality fibers. Although manufacturers can use a wide variety of materials, including polyester, natural fibers like cotton and linen are the most breathable, keeping you the most comfortable as you sleep.

One characteristic that matters more than thread count is the thread content. A 400 thread count sheet made of high-quality fibers can feel softer and last longer than higher thread count sheets made with lower quality fibers. Although manufacturers can use a wide variety of materials, including polyester, natural fibers like cotton and linen are the most breathable, keeping you the most comfortable as you sleep.

In an effort to help a sheet retain its shape and to prevent wrinkling, many manufacturers finish their sheets by treating them with chemicals, including chlorine and formaldehyde. However, this process exposes the buyer to these toxins nightly and can irritate sensitive skin.

The sheets you’ll find at Parachute carry the Oeko-Tex certification, which means you’re assured that your bedding is made safely without harmful substances like heavy metals or formaldehyde.

One of the easiest ways to identify good bedding is to look for a nice “hand.” That’s industry speak for sheets that feel soft and luxurious (feel free to use the term to impress your friends the next time you’re strolling through a linen department). When you purchase high-quality sheets, you’ll enjoy bedding with a nice hand, but style should also factor in when it comes to choosing your bedding. You have multiple options:

Other Common Marketing Schemes to Watch Out For

In addition to the thread count myth, watch out for these common marketing schemes used when selling sleep-related products:

Although the options can be overwhelming when choosing the best bedding, an informed shopper can sift the myths from the facts. Check out Parachute’s complete collection of sheeting to find high-quality bedding that fits your needs.